From this year onwards, students from Klasse 1 start their contact with writing and reading, simultaneously, in Spanish and German. 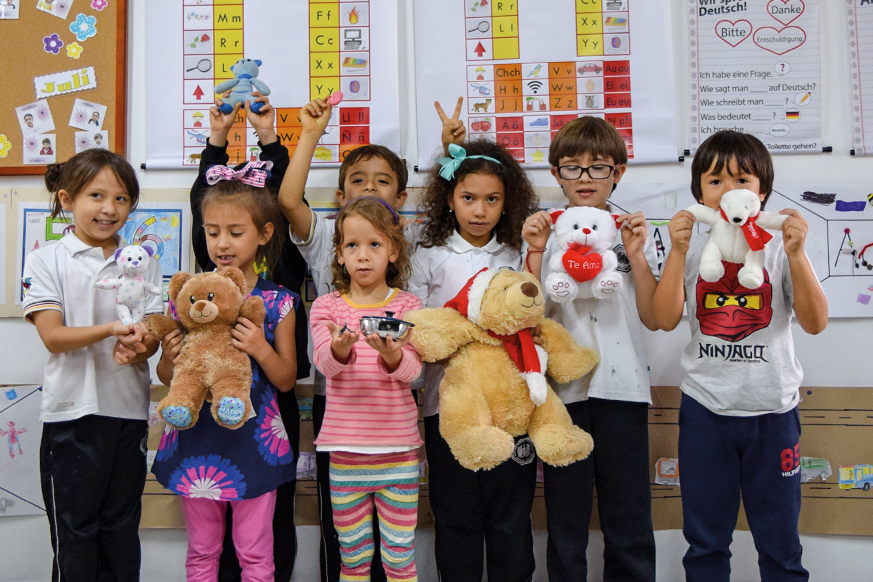 Learning to read and write is one of the great milestones of learning and, in our school, the process begins in the first year of Grundschule, section in which changes have been incorporated to improve it. "Until recently, although they had several subjects in German, students started to write and read only in Spanish. Today, we want them to do this simultaneously in German," says Principal Anke Käding.

Although our students begin to have contact with the German language from Kindergarten onwards, starting the process of reading and writing in both languages will allow for even greater familiarity and for children to begin to communicate without difficulty in both languages. Subjects such as German, Sports, Arts and Mathematics are already taught in German. In addition, to reinforce this, we have worked with Esther Weller, a literacy trainer.

The aim, then, is for children from an early age not only to hear their teachers speaking German, but also to read and write it. "It was something they were asking for themselves," agrees the Director of Grundschule, Paula Alvarez.

"We use a playful methodology. The center is the bilingual Anlauttabelle or Bilingual Table, in which letters and sounds are highlighted to teach that each sounds the same in both languages. At first, we emphasize the phonemes; that is, how each of the graphemes or letters sound," explains Paula. That way, students realize that each sound corresponds to a letter and they easily start writing in both languages. "The advantage of this method is that it can also be used in other subjects," adds the Grundschule Director.

The aim is that from an early age children not only hear their teachers speaking German, but also read and write it. 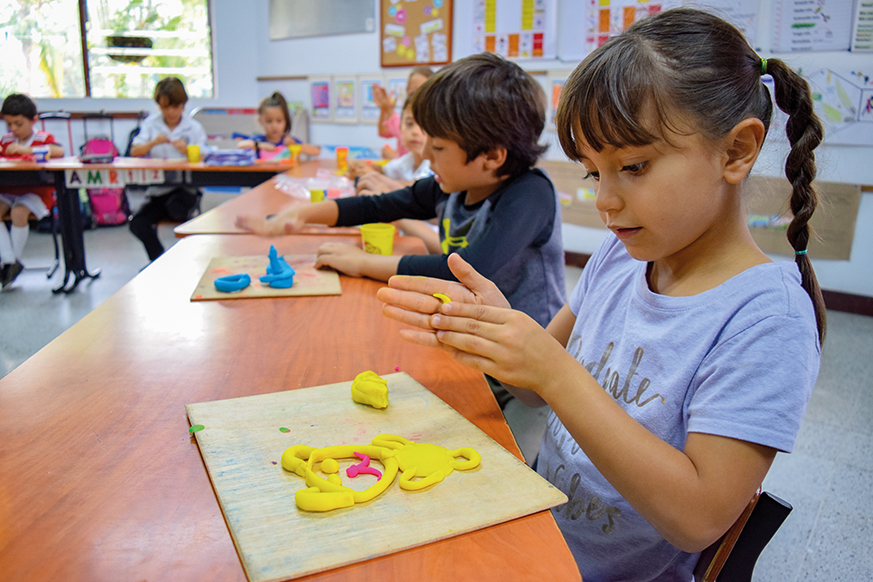 This teaching work means not only an effort for the students but also for the teachers, because every week the teacher, whose native language is Spanish, attends a class taught in German and also basic German classes to become familiar with the language. In addition, planning must be careful, and to this end, a joint effort is made that allows students to find themes and points in common, and to make connections much more easily and quickly.

"So far we have had very good results," says the Principal. Among the obvious benefits of this process are, for example, the acquisition of skills in both languages at the same time and improvements in cognitive processes that can help other languages to be learned much more easily "We are a German school and therefore our interest is to work on the quality of German teaching. In addition, we must take advantage of the students' motivation to learn another language," concludes the Principal.