Learning the German language is a fundamental part of the educational process of our students, since we understand the acquisition of the language as one of the most efficient ways to create links with a different culture. For this, during their 14 academic years, they have the opportunity to develop skills - writing, reading, listening and speaking - in it, through different methodologies according to their school stage. 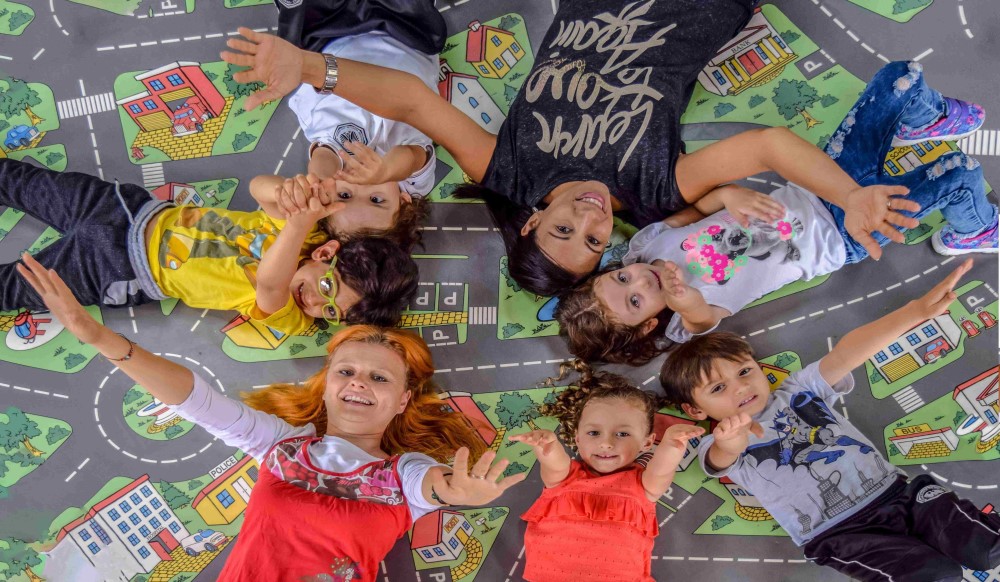 In order to provide them with a first approach and to facilitate later processes such as writing, when they enter the School they have, in Prekinder and Kinder, the Tandem system, which makes immersion possible through the permanent accompaniment of two regular teachers per group: one Spanish-speaking and one German-speaking. There, through games, projects and different cultural experiences, such as the celebration of Easter or the Sankt Martin Festival, a connection with the German language and customs is generated.

In Klasse 1, the bilingual reading and writing process is carried out using different strategies, among them the joint work between the regular teachers and the teachers of German as a Foreign Language -DaF- making use of tools such as the "sound table" -Anlauttabelle-, which facilitates the learning of words and concepts from phonetics in both languages. Likewise, with the inclusion of subjects given in German -DFU-: Arts, Sports and Mathematics, the acquisition of new knowledge is made possible, allowing the appropriation and application in context.

Thus, year after year, they improve their skills, preparing themselves to take the A1 level proficiency test for the first time in Klasse 4. Further on, they continue to live experiences of great importance and impact, such as the three-week trip to Germany in Klasse 6, and from one semester to one academic year in Klasse 10, which provide them with the opportunity to improve by using the language, as well as experiencing a direct approach to life and culture in the country, developing and strengthening skills that prepare them to take on the challenges of the last few school years, where they end up receiving Biology and History classes in German and with the validation of their language skills through the Deutsches Sprachdiplom test -DSD II- which certifies their skills at levels B2/C1, making it easier for them to enter pre-university and university in Germany.

This whole process is complemented by the multilingual approach, led by the areas of Spanish, German and English, which work together for the integral formation of our students and the achievement of the objectives in the three languages, which make them competitive in a globalized world, through access to information and the capacity to interrelate with people from different cultures, which is fundamental for a student with a profile of International Multilingual Baccalaureate -IB-.

In order to encourage and achieve an environment in which interculturalism is lived and, especially, the connection with German culture, we carry out different strategies and activities, which allow not only the approach to it by our students, but by all the members of our Educational Community. Thus, we provide German courses for our employees and we work on different projects so that their implementation and communication takes place in the three languages, so that, as it is conceived during the whole school process, the environment, the campus and the classrooms are a "third pedagogue", which facilitates the acquisition of knowledge.